Behind a solid five inning, no earned run performance on the mound by RJ Babiera, San Mateo evened the series in the sixth and final contest in Toyonaka, Japan on Monday morning, 7-3, vs. the Toyonaka East/North All-Stars. The win brings San Mateo to 3-3 in the series. 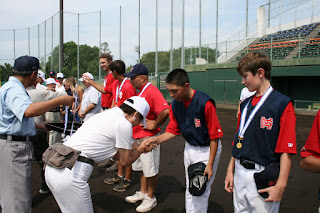 Like yesterday in game one, the San Mateo bats came to play right from the first pitch. Kyle Mejasich led off the inning with an infield single and quickly swiped second one pitch later. Matt Averill followed with a single to and then stole second to give San Mateo runners on second and third. One pitch later, Jordan Pluchar sent a shot to center for his second triple of the series, plating both Mejasich and Averill. Babiera followed with an infield single to help his cause and bring in Pluchar and later scored himself on a Langston Swiecki single to right. Before anyone had time to settle in, San Mateo had a 4-0 lead and never looked back.
Toyonaka added a rally of their own on some poor San Mateo defense, cutting the San Mateo lead in half, 4-2.
The scoring outburst was not done for San Mateo. In the very next inning, Trey Kujiroaka led off the inning with a single to left field. Ryan Simons then stepped up to the plate and sent a shot to left field for San Mateo’s third inside the park homerun of the series. With one out, Mejasich walked and again came around to score when Averill doubled to left for this second hit of the game.
With San Mateo now ahead 7-2, they would not need any more offense to seal the win.
Toyonaka did manage one more unearned run in the fifth, but that was it for the rest of the game.
Babiera tossed five innings while striking out six. He did not allow an earned run. Matt Averill pitched a scoreless sixth to lock it down for San Mateo. 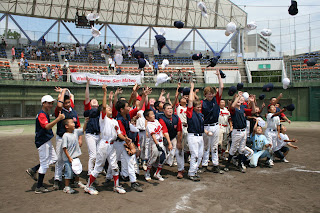 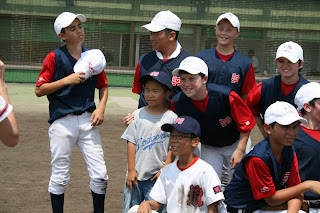 The game was followed up with a wonderful BBQ and Bon Dance Festival including Taiko drumming! Tomorrow, the group heads for a tour of Nara. 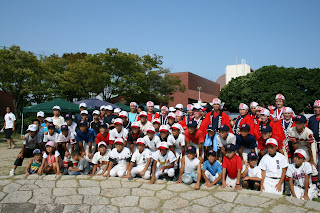 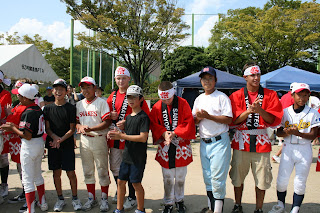 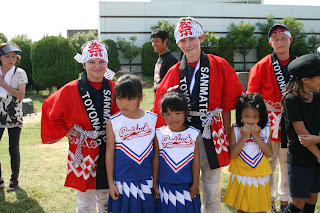